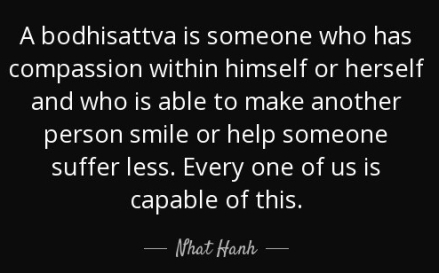 The last few years have seen major shifts in our lifestyle and ways of thinking. From minimalism, tiny house living, mindfulness activities, and meatless eating, it appears transformation is in the air… and we’re all the better for it.

This momentum has carried over into my perception of religion/spirituality and the roles they play in my, ours, and our neighbors’ lives. I (Gerry) was raised on a typically Western diet of Protestantism as administered by the Lutheran Church. We attended church like most good middle class suburbanites, but on a somewhat casual level. I’ve often felt when Martin Luther led the split from the Catholic church in the 1500’s, everyone loosened their collective ties a little and decided to approach their new found faith with a more casual approach. Church took place every Sunday at 8:30am and 11am, but if you missed one or two during the month, it was nothing to sweat. Particularly, during football season.

Growing up in the South, in the Bible Belt, I often felt a bit like an outsider to the very exclusive, and seemingly elitist attitude of those who were so entrenched in their faith, and the religious dogma handed down through the generations. I really couldn’t warm up to it. Through all of this, I have made an effort to start reading up on some of the world’s great and time honored religious faiths: Judaism, Buddhism, and Native American Religions.

Buddhism particularly sparks my interests with it’s correlations to the current mindfulness movements, it seems to offer up some sound and practical teachings. Yoga and meditation play a big part in Eastern religions, much more so than religious practices in the West. While I have just started to test the waters and have not gained very much knowledge yet, I am enjoying the ride. I feel joyful while being transported into a seemingly far away land, and different way of thinking, and believing, than most I know are familiar with.

I find the Steely Dan lyrics going through my mind quite often from their song, Bodhisattva:

That specific part of the song is alluring, as it, in a sense, takes you to a far away place. There is another lyric that resonates with me:

…and we did, and are now living tiny by the sea.