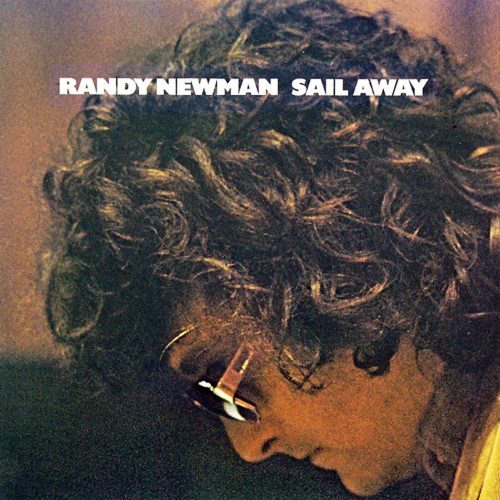 Long before musician/composer Randy Newman made his name as a Disney/Pixar composer scoring all the Toy Story films, A Bug’s Life and Monster’s Inc. just to name a few, he made some highly acclaimed singer/songwriter albums.

His 1970’s output leaned heavily on rock/pop fusion that included elements of classical music. Newman included harpsicord, oboes, French horns, string quartets, and his own piano, to create an easy, happy, or sometimes not so happy sound. Whichever way, it is a soft sound that goes well on a Sunday morning around the house, or any time you need a little light music to unwind. That brings us to “Sail Away,” Newman’s 1972 album that is included in Rolling Stone’s Top 500 albums of all time, being placed at #268. There are 12 easily digestible tunes, all clocking in between two to three minutes that flow beautifully.

The first song, “Sail Away” starts things off with lush strings and beautiful music, while a darker tale unfolds in the lyrics. One of Newman’s most famous songs, “Sail Away” describes a slave trader misleading the African people into enslavement, all the while, convincing them what a wonderful place America would be for them.

“Ain’t no lions, no mamba snake, just sweet watermelon, and the buckwheat cake.”

Lyric from “Sail Away”

“Lonely at the Top” follows the kind of light New Orleans jazz feel that makes this album so musically appealing. There always seems to be a cynicism underlying the pleasant sounds of his music. “He Gives Us all His Love” describes a God that is always there to listen to your prayers, while questioning why he allows all the horrors of the world to go on in the first place. “Simon Smith and the Amazing Dancing Bear” sounds happy and uplifting and would fit in perfectly on his latter-day Disney/Pixar work. A closer look at the lyrics you sense there is a darker underlying story being told.

There is not a dud on this one, and many of these songs have been covered by other artists. Most notably, “You Can Leave Your Hat On” covered by Joe Cocker and appearing in the 1986 movie 9 ½ Weeks. “Political Science” details American aggression with amusing lyrical content. Each verse concludes with “let’s drop the big one,” insinuating what would happen if any other countries disagreed with our policies. This sentiment easily conveys a nationalist viewpoint that foreshadows the Trump era. This isn’t the first time you have heard song lyrics refer to the current political climate in our blog. The piano ballad “Dayton, Ohio 1903” fills out the album with a slightly lighter, more optimistic view, as it details easier, slower times, set in Dayton, Ohio, on a lazy Sunday afternoon in 1903.

However, you may interpret the lyrical content, it is the music that draws you into this record. The arrangements and the sequencing of the songs mesh nicely and make this such a pleasant musical journey. A journey I’ll (Gerry) be returning to, time and again, when I need to sit back and reflect on easier times in my Beaufort, North Carolina home on lazy Sunday afternoons in 2021.