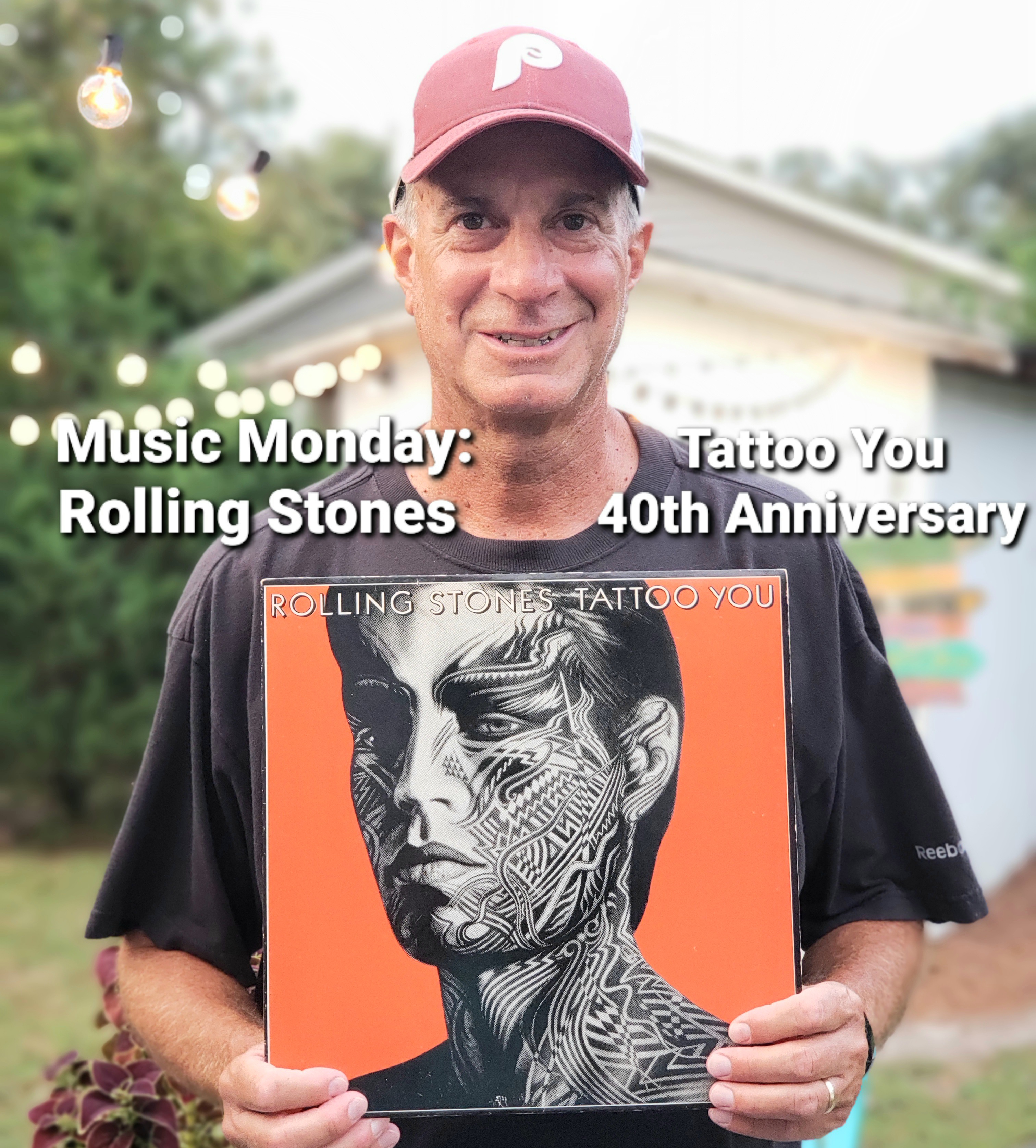 This edition of Music Monday is a throwback, but nostalgic due to an anniversary release that is upcoming.

The Rolling Stones last great album came out 40 years ago. Tattoo You was a tale of two very different album sides, one fast and one slow. I (Gerry) remember purchasing the record as a kid, after first becoming a huge Stones fan. This was the first of their records to arrive when I was of an age to go out and purchase it on my own.

The album contains “Start Me Up”, the last of those enduring classics that make up their catalog. The first remarkable thing about this album is the colorful album art featuring a sketch of the tattooed face of Mick Jagger with a bright red backdrop. The back was a similar design of Keith Richards set to a green backdrop. The inner album sleeve contained some really unique designs too. That was just the beginning until the record came out of the sleeve and the first chords of “Start Me Up” rang out.

The album was a collection of songs gathered from previous recording sessions in a hurried fashion, because they had no new material to record for their upcoming 1981 tour. “Start Me Up” had come from their Some Girls sessions and had been recorded some twenty times as a reggae song and only once as a rock song. They rediscovered the rock version and the rest is history. The rest of side one were things borrowed from Some Girls and Emotional Rescue sessions, as well as one track going back to 1976’s Black and Blue.

The six songs on side one combined for one of the more spirited and best album sides in the Stones’ catalog. Side two consists of much slower, mostly ballad style songs, many dipping back further into their mid-70s outtakes. Once again, a solid album side and one of the best in their catalog. One of the highlights of the side are guest appearances from notable studio musicians Billy Preston and Nicky Hopkins, who appeared on many songs during the mid-70s. Another highlight, Mick Taylor who had been guitarist Ron Wood’s predecessor.

The album closes like it started, with a track that has become one of their more enduring and a fan favorite, “Waiting on a Friend”. The song had been around for about eight years from their Goat’s Head Soup, Jamaican recording sessions. The song never had lyrics until Jagger added the lyric entailing friendships in the band. A sort of love letter from him to his bandmates. A few overdubs were added and you had a lovely ending to a classic Stones album.

The 40th anniversary edition arrives on October 22nd with many different versions and much unreleased material. Stay tuned for a look at and review of the deluxe edition. Want to read more about my thoughts on other Stones’ music? Check this out.