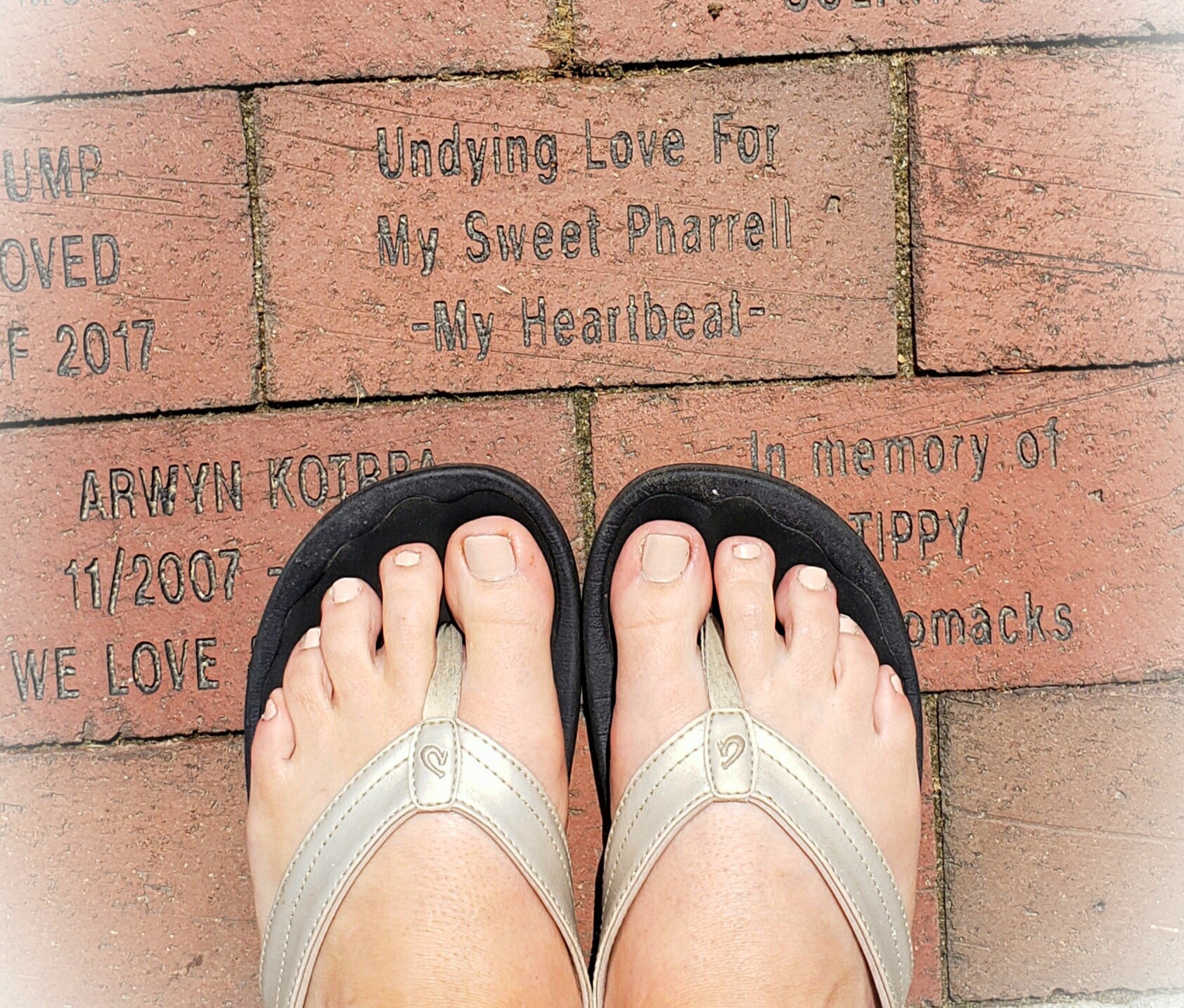 Anticipatory grief was a term I had not yet heard of, as I was standing at a conference, circa 2014. Gerry and I were talking to an author, Laurie Califf, of a pet loss book. She had worked in the hospice space and had a wealth of experience dealing with grief, and also helping pet parents work with the grief of the loss of their own pets. The workbook is called A Peaceful Path: A Supportive Guide Through Pet Loss. We had discussed making a purchase of some of her workbooks for some of our clients (when we owned our business in the pet industry). As we were talking, and I started thumbing through the book, I came across a section on anticipatory grief. The term refers to a feeling of grief occurring before an impending loss. A number of people feel it as someone close to them becomes terminally ill, but as pet parents, we begin to have this feeling as our pets become very old, or also terminally ill. As I stood there, all I thought of was my senior dog at the time, Pharrell, and reading about the exact way I was feeling. The feelings that were being described in the book were exactly how I felt anytime I thought about the impending thought of losing him at some point.

Fast forward to 2017, his loss inevitably happened, and it was worse than I could have imagined, however, I wish I could have never experienced the anticipatory grief. What did it do for me? It didn’t prepare me for anything. Some say that the period allows for an opportunity to find closure, and to have preparedness, but perhaps when it is valid, or timely. I have found that in my situations, it seems to never come at a time where it seems to be the right time. It’s always led with so much fear.

For example, this past week, Betty White became very ill. What started as what we thought was a diagnosis of a double-ear infection, became something entirely different. When we realized it was very serious, we took her to the NC State Veterinary School, the best place for her to be, but also the location where Pharrell spent his last days. Driving her from Beaufort to the Vet School was, frankly, traumatic. It was the worst sort of PTSD that I could have experienced. I had the worst fear, and honestly, over the past year, I have experienced a wealth of anticipatory grief, now that Betty White is 10. Here we go again.

Thanks to the doctors and staff at the Vet School, Betty is home, on the mend, safe and recovering with us, almost at 90% back to where she was before she was sick. All the fear, the anticipatory grief I have experienced over the past year, changed nothing about what happened. In fact, it only made me worse, before, during, and after the event.

A study of Swedish women who had lost a husband found that 40% of the women found the pre-loss stage more stressful than the post-loss stage. It is the fear, the unknown, the worry that consumes you. No matter what stage of it that you are in, it is something that is not easy, just like the stages of grief.

Similar to trauma, no matter where you are in your grief, whether it is anticipatory, or post-loss grief, it is valid. Know that.

I think, after this week, and moving forward, I have to keep in mind that letting go doesn’t mean I don’t care, or that I am not fearful of what is coming. It just means that I want to enjoy the happiness of all that I am given, and that I want to live out of that joy, and not allow the fear to overtake anything that I am allowed to have with those I love. I need to remember that, and I hope that I am able to do that more. I do want to recall my mantra, and my constant attempt to be here now, for it is that lifestyle of enjoying the moment, Betty White, experiences, the people who love me, and those I love, that I will be unable to enjoy if I am constantly anticipating the grief that is to come when they are not here.