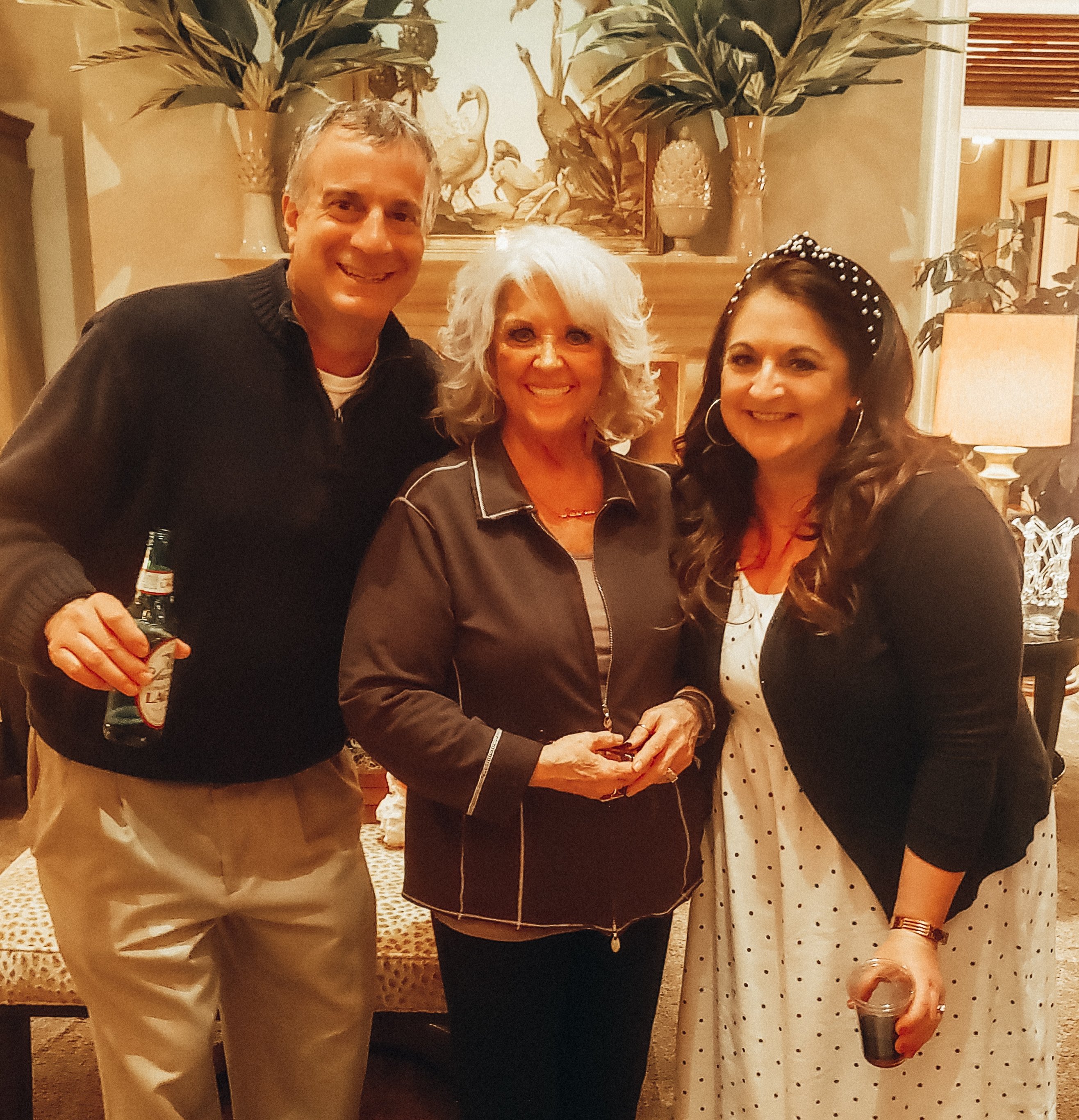 The first installment of the 2020 Hemingway Look-a-like campaign was scheduled in Savannah, Georgia, earlier this month- a midway point between the summer Key West competition for the contestants to get together and socialize, drink, strategize, drink, reflect on past competitions, and drink some more. If you are a follower of our blog, or spoken to us in the past year, you know that Shannon’s dad is a contestant, and we are participants of “Hemingway Days” in Key West in July.  See our previous blog post about how Ernest Hemingway became such a big part of our life.

Savannah is the home of celebrity chef, Paula Deen, and her husband, Michael Groover, the winner of the 2018 Hemingway Look-a-like contest. The events that would transpire around them were a surprise to me (Gerry) as I was not fully aware of the weekend’s itinerary.

After a day’s worth of taking in Savannah, walking the cobblestone streets, and some great eats and drinks, we set off for a Friday night riverboat cruise. The whole Hemingway group were aboard and were treated to their first glimpse of Paula, who spoke to the crowd and made her way around, greeting everyone. It was a pleasant evening out on the deck of the ship, watching old Savannah go by before our eyes.

The next day, the group met at Paula’s downtown restaurant, The Lady and Sons, for a nice old-fashioned lunch with lots of veggies and assorted fried stuff- southern style of course. A nice bus tour through Savannah was bundled in with this event. The feature event, and by far the best, was an evening at Paula’s home. Transportation was arranged to escort us to her estate located on Wilmington Island, just outside of Savannah.

It felt magical. The sprawling estate was something to behold. You might say modest by big celebrity standards with only 9 rooms in the main house. As I took it all in, I realized there were a lot of extra things that made it a special place. The backyard had a beautiful pool that overlooked the river. There was a dock with a small house on it, 2 open bars were set-up, and a lavish buffet that eclipsed the afternoon lunch. There was also an oyster roast, and low country boil. Musicians played and entertained our crowd, as we all mingled around and enjoyed our evening. Paula was as hospitable and sweet, as one could imagine. That was just about all we needed for a very memorable trip. To finish things off, Paula hosted the whole gang to a Sunday breakfast brunch get together at her other Savannah restaurant, Paula Deen’s Creek House, which included, not only the standard brunch fare, but a chocolate fountain, surrounded by sweet nosh for the dipping. Paula was there, once again, to bestow us all with her trademark hospitability and Savannah smiles